Trophy Eiders are our specialty

The Common Eider, a sea duck, is the largest duck in North America weighing up to 8 pounds. Their range takes them into the Arctic Circle to breed in areas of Canada and Greenland. They are also found in Iceland, Europe and Siberia. The Common Eider world population is estimated at 1.5 to 2 million birds. These are very hearty birds that can fly up to 70 M.P.H..

Eiders have been known to produce the warmest feathers in the world, Eider down. Eider down is no longer highly sought after, it has been replaced by domestic fowl down and synthetics. The harvesting of down does not impact the population negatively because their chicks leave the nest soon after hatching and the down used by the hens to make their nest is there for the taking.

The Hen Eider will lay 1 to 14 eggs and the Eiders raise their young by creching where several Hens gather with their broods and work as a team raising the chicks in groups of up to 150 birds. This helps ward off predators. The Common Eider will nest in large colonies on coastal islands numbering into the 15,000s or so, nesting pairs. There is evidence that these birds will return to the very same island where they hatched to nest year after year. The Common Eider winters along the East coast ranging as far south on occasion as New York/New Jersey, but mostly stays off shore feeding on the coastal shoals of New England. 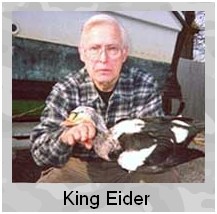 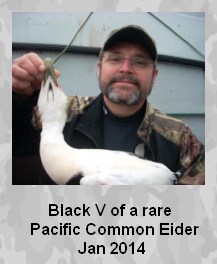 The Eiders diet is made up of crustaceans and mollusks. Eiders have been known to eat crabs, clams, small scallops and of course mussels. Mussels are the Eiders favorite food. They eat the mussel whole and then crush them in their gizzards and pass the ground up shells as feces. New England shoals are a major wintering ground for these wonderful birds because of the abundance of mussels throughout the area.

The sea duck season in Massachusetts normally starts in early October and Ends January 31st. In recent years the limit on Sea Ducks has been set at 7 per day of which 4 Eiders a day can be harvested, one of which can be a hen. We specialize in harvesting trophy eiders and are good at it. 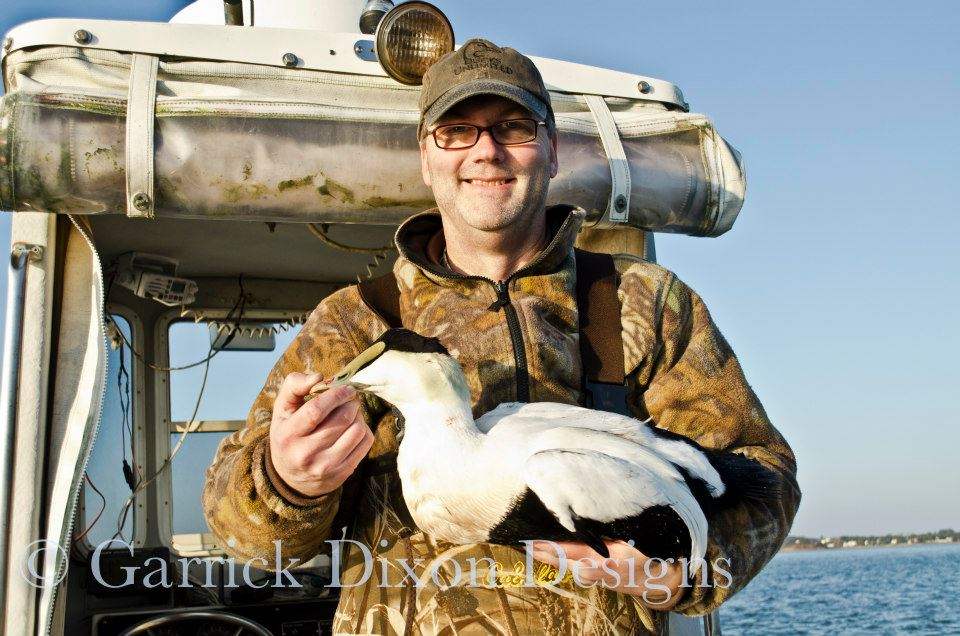