In New England we see all five species of Sea Ducks which includes the three species of Scoters: White Winged Scoter, Surf Scoter and Black Scoter. All three birds nest in the northern arctic areas of Canada and like other Sea Ducks they raise their young by creching. This is where several hens and chicks will gather together in an attempt to reduce the negative impact of predators. The hens will stay with their chicks for about three weeks and after that the young chicks are on their own. 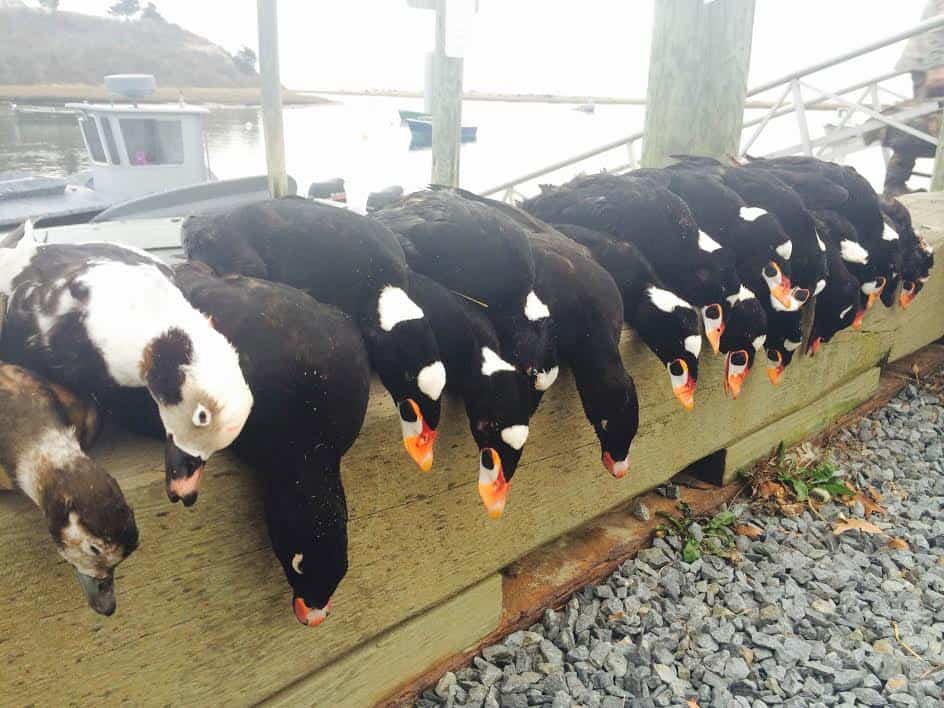 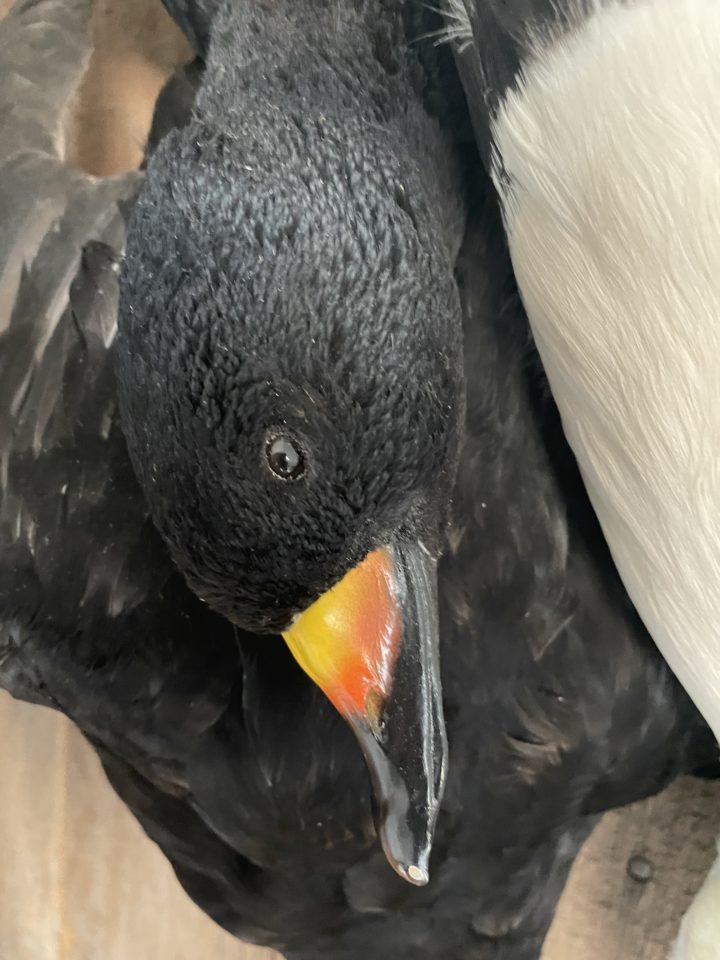 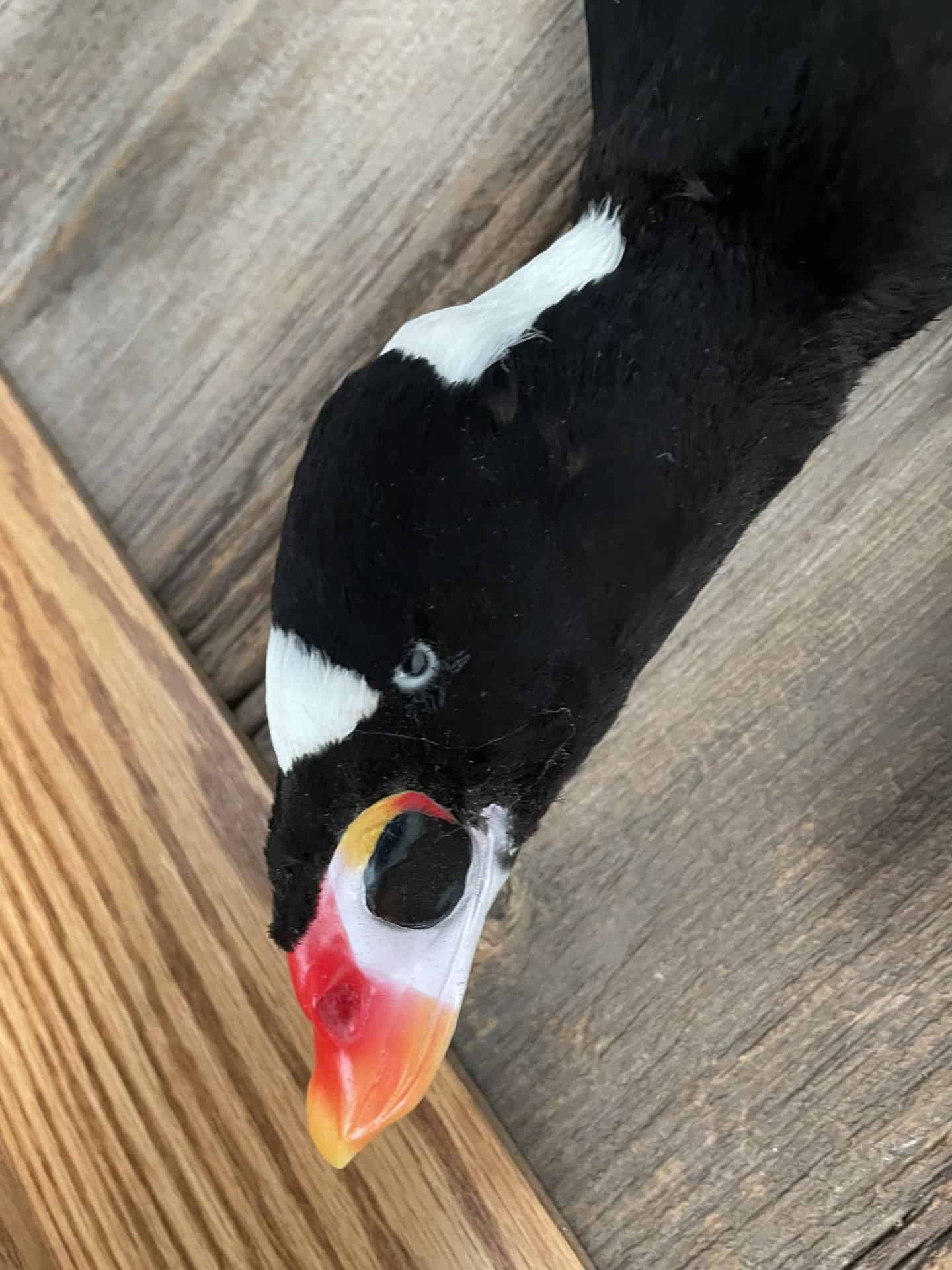 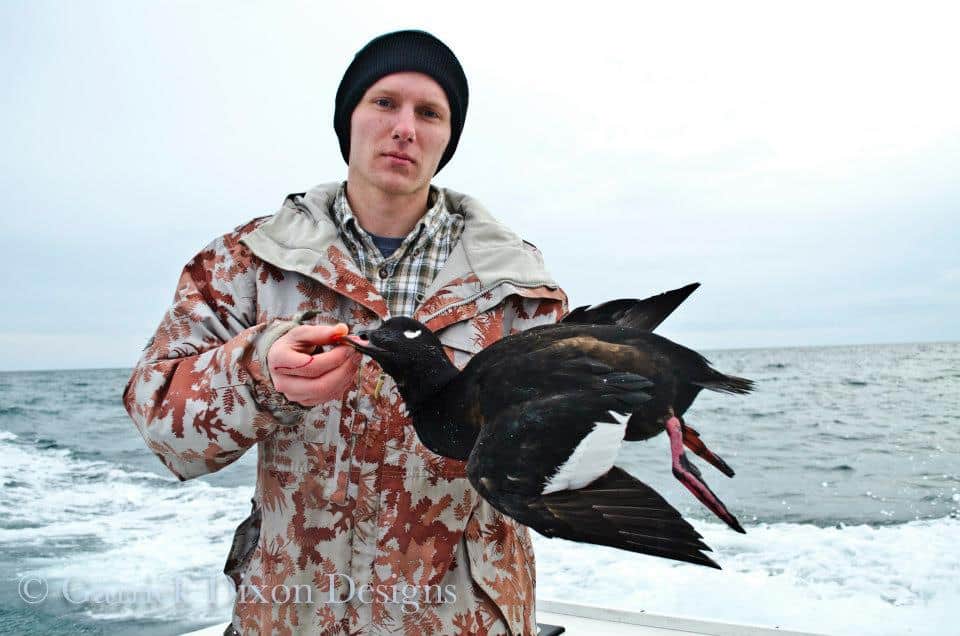 The White Winged Scoter is the most difficult sea duck to recover if crippled. They are able to stay under water an incredibly long time and are only up for a split second. I tell my hunters when hunting Scoters to hit them again if their head is up to avoid lost birds. The drake White Wing Scoter has a yellow, orange and white bill and a white patch on its eye similar to the Nike sneaker and clothing line logo. The white wings are easy to distinguish in flight because of the large white patch on their wings.

The most beautiful of the three drake Scoters in full plumage is the drake Surf Scoter. The Surf Scoter has an impressively colorful red, orange, black, white, and yellow bill. The Surf Scoter is sometimes called a skunk head, because of the white patch on the back of its head. I call them surfs because it sounds coolest. The Sea Duck season in Massachusetts opens in Early October with a busy migration pattern and ends in late January.