The Long Tail Duck or Old Squaw is a beautiful bird with drakes displaying along sprig tail feathers similar to the Pintail. In recent years some biologists feared that the term Old Squaw would be offensive to the Native Americans that were assisting in the conservation efforts of these birds. After some debate the official name of the species has been changed to Long Tail Duck to be politically correct world wide.

Old Squaw nest in northern arctic areas of Canada and Russia near tundra pools and marshes. Old Squaw ducks migrate south into the Great Lakes Region and along the east coast as far south as Chesapeake Bay. The largest wintering body of an estimated 250,000 long tail ducks feed on mollusks and crustaceans about 40 miles south of Nantucket Island where they have been known to dive in excess of 200 feet. These birds have a routine of feeding in the open ocean and roosting in Nantucket Sound at night. 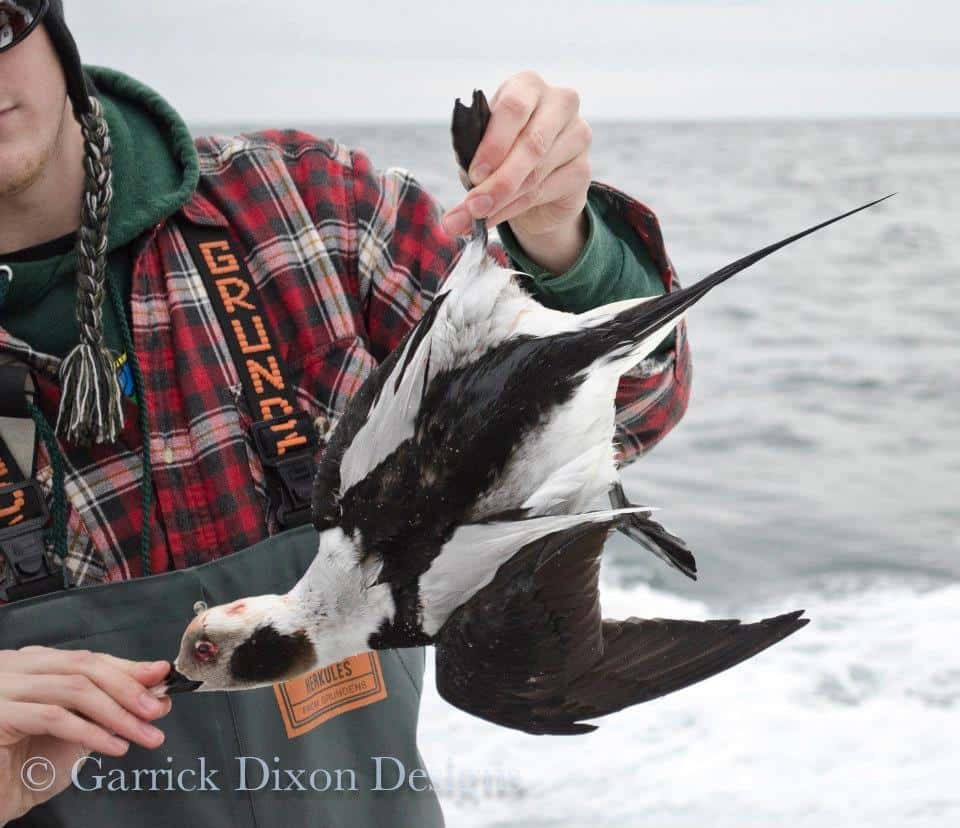 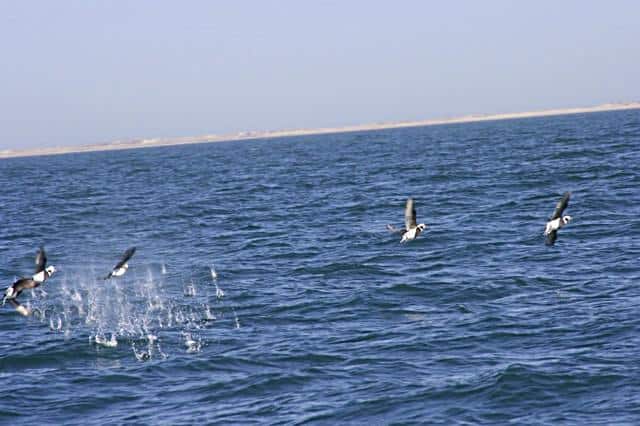 In recent years the Federal Government with help from Ducks Unlimited has conducted a wide range of studies on Old Squaw migration and flight patterns because of a proposed wind farm in Nantucket Sound. I was lucky enough to be hired in a 4 year study to Capture Old Squaws at night in order implant them with G.P.S. transmitters. On our best night we captured 27 Long Tail Ducks, banded the drakes and sent the hens off with transmitters. One of our hens flew to the Russian side of the Arctic circle to nest. The data collected proved to be very valuable and well worthwhile. When hunting Old Squaws remember that the drake thinks like a buck in rut and chases hens around all winter long. The Sea Duck season in Massachusetts opens in early October and ends at the end of January with the Limit on Sea ducks being 7 of which 4 can be Old Squaw.